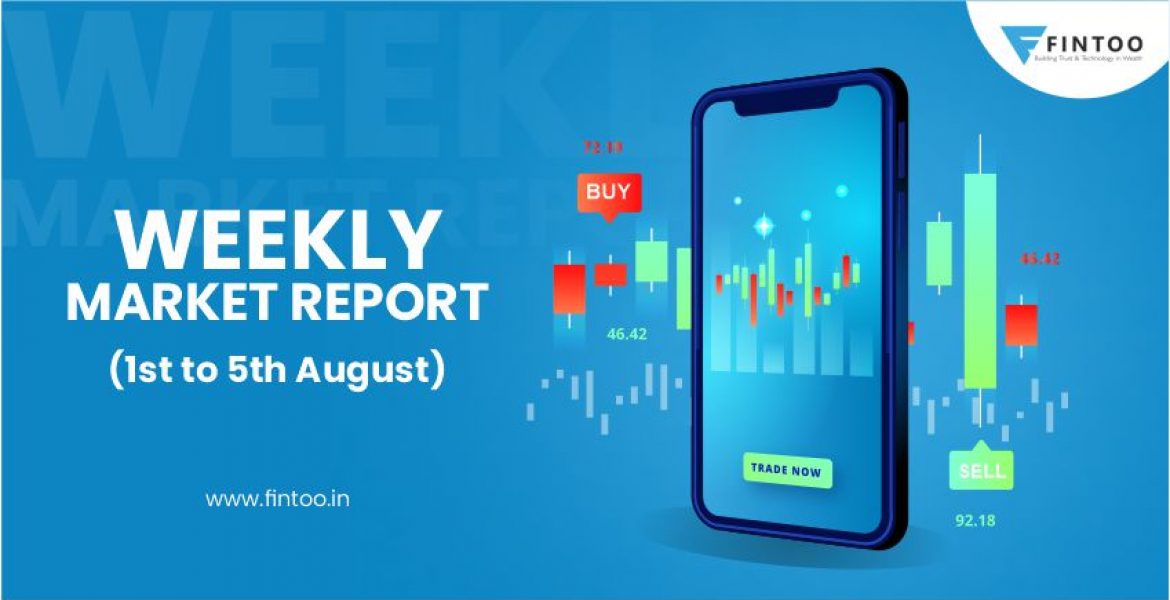 Markets extend gains, and FIIs flows and earnings are in focus this week.

Markets gained for the third consecutive week as sentiments remained upbeat on the back of better-than-expected earnings and the expectation of a peak out in inflation due to easing commodity prices.

Globally, rising tensions between the U.S. and China after House Speaker Nancy Pelosi’s visit to Taiwan and the threatened response by China impacted global sentiments.

The most important domestic event for the week was the RBI Monetary Policy. The RBI has increased its repo rate by 50 bps while delivering a hawkish commentary. RBI has front-loaded a 50-bps hike which was a surprise to the market which was expecting a mild 35-bps rate hike.

The retained real GDP growth projection retained at 7.2% for 2022-23. It said that the CPI is above comfortable levels. CPI forecast for FY23 was kept unchanged at 6.7%.

The Domestic 2W market continues to struggle with gradual recovery expected going ahead. The CV segment reported growth primarily due to a lower base, higher Infra spending, and increased freight movement across India while the Tractor segment performance was also soft.

Oil & gas and aviation industry stocks were in focus as the government increased the windfall tax on domestically produced crude to Rs 17,750 a tonne from Rs 17,000 a tonne earlier. Also, the government lowered the export tax on diesel and aviation turbine fuel in line with softening international petroleum product prices.

Sugar stocks were highlighted after the government announced that it will relax the quantitative restriction of 10 million tonnes on sugar exports and will allow shipments of an additional 1.2 million tonnes in the current marketing year ending Sep’22.

Sugar industry stocks were also buzzing as the Cabinet hiked the fair and remunerative price (FRP) of sugarcane for the 2022-23 season, which starts from October, by Rs 15 per quintal to Rs 305, triggering calls from sugar mills for a commensurate rise in the minimum sale price (MSP) of sugar to keep their businesses competitive.

Zomato gained 17% during the week after it reported better than expected Q1FY23 results. Food Delivery GOV grew a robust 10% QoQ while contribution margin reported a sharp jump to 2.8% from 1.7% in 4QFY22. It had fallen sharply the previous week after the one-year lock-in period for investors who bought shares in the company’s IPO ended on 23 July.

On the macro front, India’s services sector momentum hit a four-month low as the seasonally adjusted S&P Global India Services PMI Business Activity Index fell from 59.2 in June to 55.5 in July, due to curtailment of demand by competitive pressures, elevated inflation, and unfavorable weather.

Goods and services tax (GST) collection remained above Rs 1.4 trillion for the fifth month in a row, increasing 28% YoY to nearly Rs 1.49 trillion in July. This was the second-highest mop-up since the rollout of the regime.

On the international macro-economic data front, both services and manufacturing PMI data across Europe and US have shrunk. The Services PMI in fact has been below 50 across both Euro and US. Unemployment data remains unchanged in Europe as well as the US.

The Bank of England raised its benchmark rate by half-a-percentage point given the more persistent inflationary pressures and the tight labor market conditions. The monetary policy committee of the central bank voted 8-1 to lift the bank rate by 50 bps to 1.75%, the highest rate since December 2008.

Going forward, the Indian market will take cues from global markets along with flow from FIIs who have been buyers in recent times. Earnings announcements from India Inc. will continue to remain in focus. Some of the key results that are expected to be out this week are BPCL, HPCL, SBI, Adani Ports, Bharti Airtel, Power Grid, Coal India, Eicher Motors, Hindalco, Aurobindo Pharma, Grasim, Hero Moto, LIC, ONGC, Power Finance Corp, Zee Entertainment among others. IIP for June will be released on 12 August 2022 and inflation for July will be out on 12 August 2022.

Recently, the narratives have also changed remarkably in the past couple of weeks. The phrase “Hyperinflation” has almost vanished from the market discussions. Recession, Peak rates, Peak USD, Peak crude prices and equity market bottom, etc. are now increasingly finding mentioned in the market commentaries.

In the Indian context, the market participants seem quite relaxed after the recent market run-up and correction in crude oil prices. The World Economic Outlook by the IMF which was released recently mentioned the resilience of the Indian economy, expecting it to grow ~8% in 2022 and ~6.4% in 2023 despite a widespread global slowdown.

We have now moved from extreme pessimism a month ago to complacency that is permeating the market narrative right now. Under this context, it will be interesting to see whether the Nifty is able to break out from the key resistance of 17,500.