How Will A Global Recession Affect The Indian Economy? 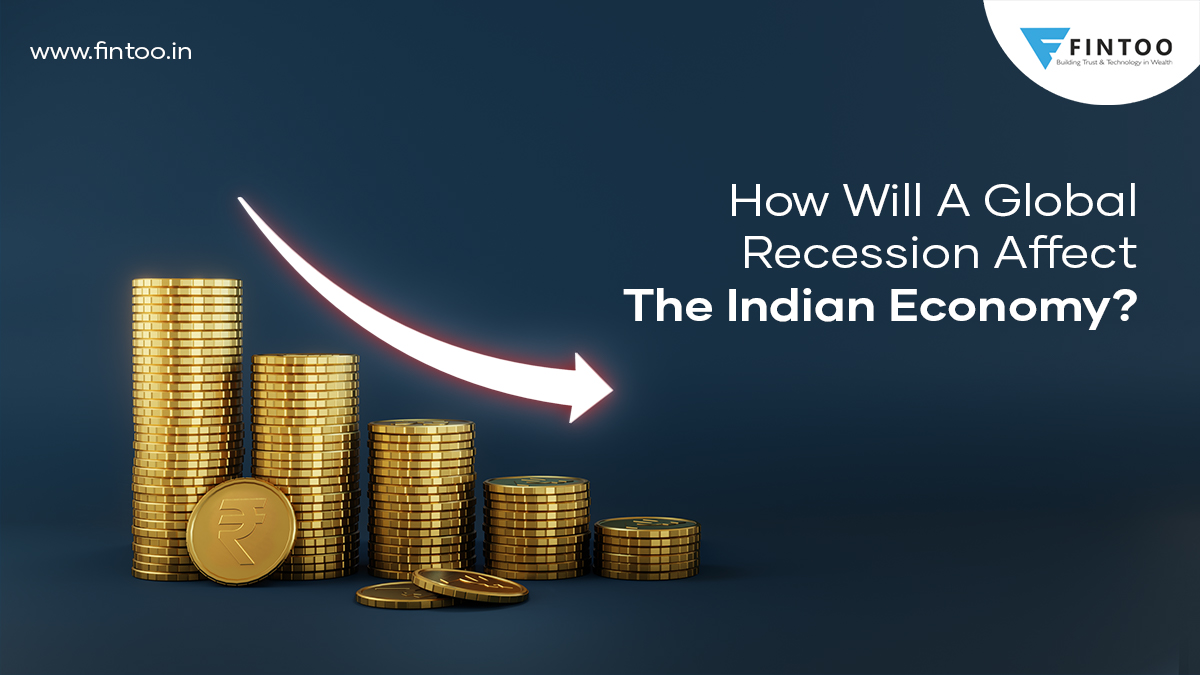 As the global economy is headed toward a recession, India’s market conditions are becoming hostile. Predictions state that this situation will be prolonged up to the end of 2023. Even though India’s performance has been quite satisfactory, given that it is now the world’s fifth-largest economy, the global cues have made it tough to sustain a positive economic outlook.

The world economy has also been drastically affected due to major geopolitical tensions. While central banks are playing their part by taking measures to bring inflation under control, it hasn’t been a smooth process.

Let us understand some of the prime factors that have dragged the Indian economy through an unfortunate phase and how the global recovery can further put a strain on the Indian market.

What is going on in the global economy?

Here are some big global events that are directly or indirectly affecting India and could make the situation adverse in the future.

The U.S. Dollar is strengthening against some of the world’s major currencies, including the Rupee. As inflation has caused massive turmoil in the U.S. economy, the Fed has been aggressively increasing interest rates. With the U.S. inflation reaching its all-time high, the repo rate is only expected to increase further.

Additionally, the GDP growth of the U.S. was negative in the first two quarters, which is also anticipated to weaken from its current level to 1.2% in 2023. The overall American situation is expected to deteriorate. These signs point towards a possible U.S. recession. And if America goes through a slowdown, a global recession is possibly on its way.

China is still facing the aftereffects of COVID-19 on its economy. The pandemic has stopped China’s growth and led to the severe issue of unemployment. Apart from that, the unfavorable climate conditions have made things even more difficult. China’s recent heatwave, followed by a draught, majorly impacted factories, forcing them to cut down on their working hours.

China’s property market is being hurt badly because of shrinking demand, incomplete projects, and capital inadequacies are resulting in a negative series of events that are hurting the market sentiments.

China’s economy is currently in a bad shape which is only expected to worsen, so the road to recovery might be longer than we can speculate.

The war between Russia and Ukraine

With the existing political conditions between Russia and Ukraine, the prices of commodities have started to increase. This includes food, oil, fertilizers, natural gas, etc. The financial markets are tremendously affected as people have started withdrawing their money in order to manage their daily household budgets. As inflation is already increasing at an alarming rate, this war has only added fuel to the fire by causing havoc in the market.

The crashing of stock market

As the COVID situation began to cool down, the market did not grow at a slow and steady pace. Instead, we had a sharp V-shaped recovery leading the stocks to go up too soon. This sudden change in the market was a prominent contributor to the current market downfall and the chances of recession.

Where does India stand amidst the global hazard?

On 30th September 2022, RBI increased the repo rates by 50 bps bringing it to 5.90%. An increase in the repo rate consequently increases the interest rates on EMIs and loans while also causing a significant rise in gold prices and other consumer goods and services. The rising interest cost has put a strain on home loan holders, making it a bad time for people to apply for new loans or to repay the existing ones.

Moreover, the Indian stock market has experienced a correction in stock prices, i.e., a dip in the value of equity due to the interest rate hike and various geopolitical conflicts.

Inflation has been raging on a worldwide level. With globalization, inflation in one country can easily affect the other, especially if they exchange the same currency. For instance, India and U.S. trade with each other in Dollars. Consequently, if the U.S. faces any disruption in its economy, the waves automatically reach the Indian markets in one way or another.

Usually, FIIs and DIIs heavily influence the stock market. As per the data given by NSDL, FIIs sold around Rs. 7624 crores of Indian equity in September, bringing the Sensex lower by 3.5%. FII outflows are another reason why the Indian equity market is underperforming.

Meanwhile, debt investments are generating better returns which have encouraged investors to switch from equity to debt market since equity is expected to drop lower.

What are the predictions for India?

While the Indian economy hasn’t faced any major consequences yet, the potential of a global recession is most likely to slow down India’s growth rate. The declining value of the Rupee in the international market has also made it inevitable for India to escape the perils of this world crisis. Central banks worldwide are increasing their repo rate in an attempt to cool inflation.

As a result, the cost of borrowing funds has increased dramatically, causing countries to reduce their expenses. This could negatively affect India’s export business and service sector, bringing down the country’s growth prospects.

The situation remains quite dicey as forecasts have stated that even though India will undoubtedly face its own set of challenges, we can still dodge a recession from entering the domestic market. Being a developing country, India will face difficulty in the global market as the other countries move towards economic recovery.

In the meantime, we must take all the precautions to keep our investments safe by maintaining proper asset allocation. Additionally, if you need to opt for loans, make sure to negotiate with your banks and try to increase your EMIs instead of the tenure if you want to save on interest costs.

The monetary policies across countries have become more rigid. The current challenge is to avoid a major downfall as India’s growth rate is not expected to cross 7% for the next two years, unless the global and domestic markets improve sooner and provide the opportunity to grow. Under these circumstances, we need to take the right precautions to prepare for the worst, while hoping for the best. 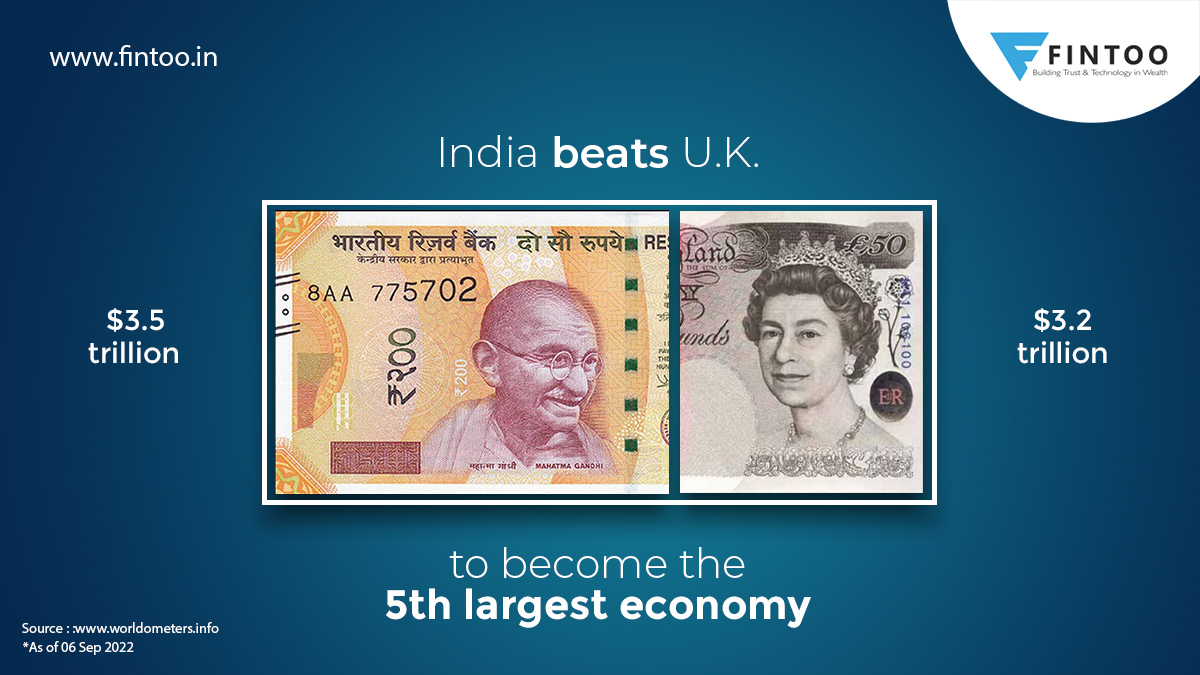 Indian Economy Beats U.K. To Become The 5th Largest In The World 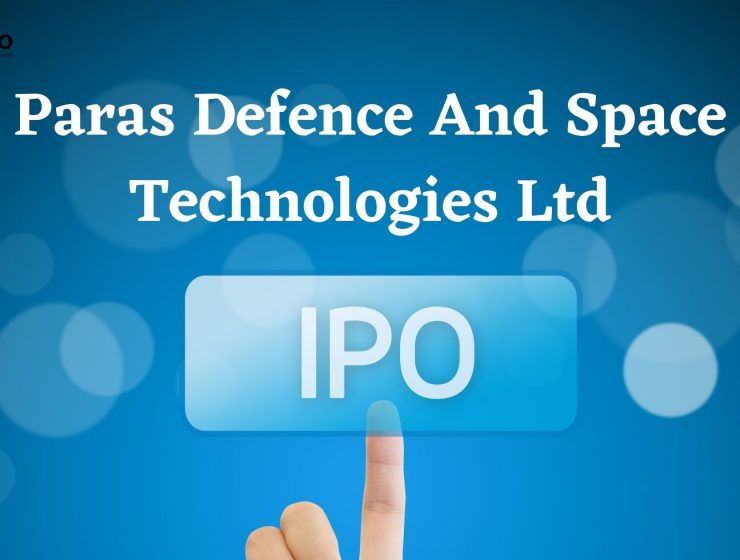