What are you looking for today?
Income Tax

How To Determine Your Residential Status? 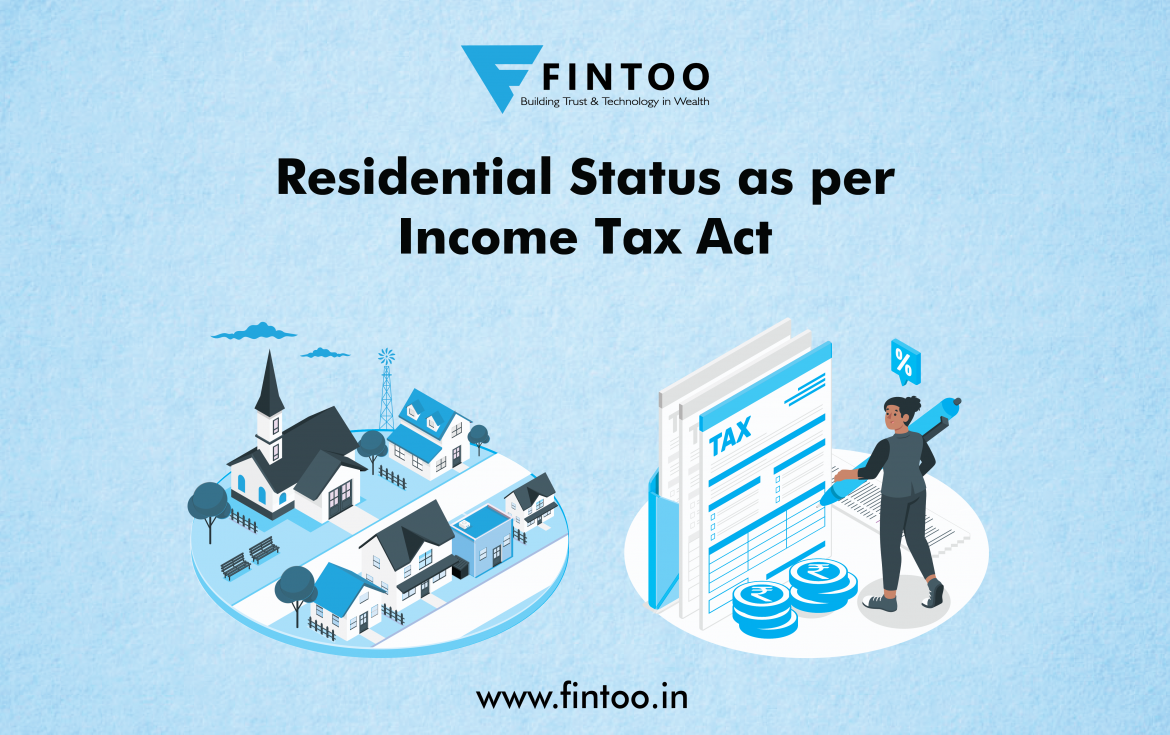 It is important for the Income Tax Department to determine the residential status of a tax-paying individual or company. It becomes particularly relevant during the tax filing season. In fact, this is one of the factors based on which a person’s taxability is decided.

Let us explore the residential status and taxability in detail.

The term residential status has been defined under the income tax laws of India and must not be confused with an individual’s citizenship in India. An individual may be a citizen of India but may end up being a non-resident for a particular year.

Similarly, a foreign citizen may end up being a resident of India for income tax purposes for a particular year. Also note that the residential status of different types of persons viz an individual, a firm, a company, etc is determined differently.

In this session, we will discuss how the residential status of an individual taxpayer can be determined for any particular financial year.

How to determine residential status?

For the purpose of income tax in India, the income tax laws in India classify taxable persons as:

The taxability differs for each of the above categories of taxpayers. Before we get into taxability, let us first understand how a taxpayer becomes a resident, an RNOR, or an NR.

A taxpayer would qualify as a resident of India if he satisfies one of the following 2 basic conditions:

In the event an individual who is a citizen of India or person of Indian origin leaves India for employment during an FY, he will qualify as a resident of India only if he stays in India for 182 days or more.

Such individuals are allowed a longer time greater than 60 days and less than 182 days to stay in India. However, from the financial year 2020-21, the period is reduced to 120 days or more for such an individual whose total income (other than foreign sources) exceeds Rs 15 lakh.

In another significant amendment from FY 2020-21, an individual who is a citizen of India who is not liable to tax in any other country will be deemed to be a resident in India.

The condition for deemed residential status applies only if the total income (other than foreign sources) exceeds Rs 15 lakh and nil tax liability in other countries or territories by reason of his domicile or residence or any other criteria of similar nature.

If an individual qualifies as a resident, the next step is to determine if he/she is a Resident ordinarily resident (ROR) or an RNOR. He will be a ROR if he meets both of the following additional conditions:

Therefore, if an individual fails to satisfy even one of the above conditions, he would be an RNOR.

From FY 2020-21, a citizen of India or a person of Indian origin who leaves India for employment outside India during the year will be a resident and ordinarily resident if he stays in India for an aggregate period of 182 days or more.

An individual satisfying neither of the basic conditions stated above would be an NR for the year.

Their tax liability in India is restricted to the income they earn in India.

They need not pay any tax in India on their foreign income. Also note that in a case of double taxation of income where the same income is getting taxed in India as well as abroad, one may resort to the Double Taxation Avoidance Agreement (DTAA) that India would have entered into with the other country in order to eliminate the possibility of paying taxes twice.