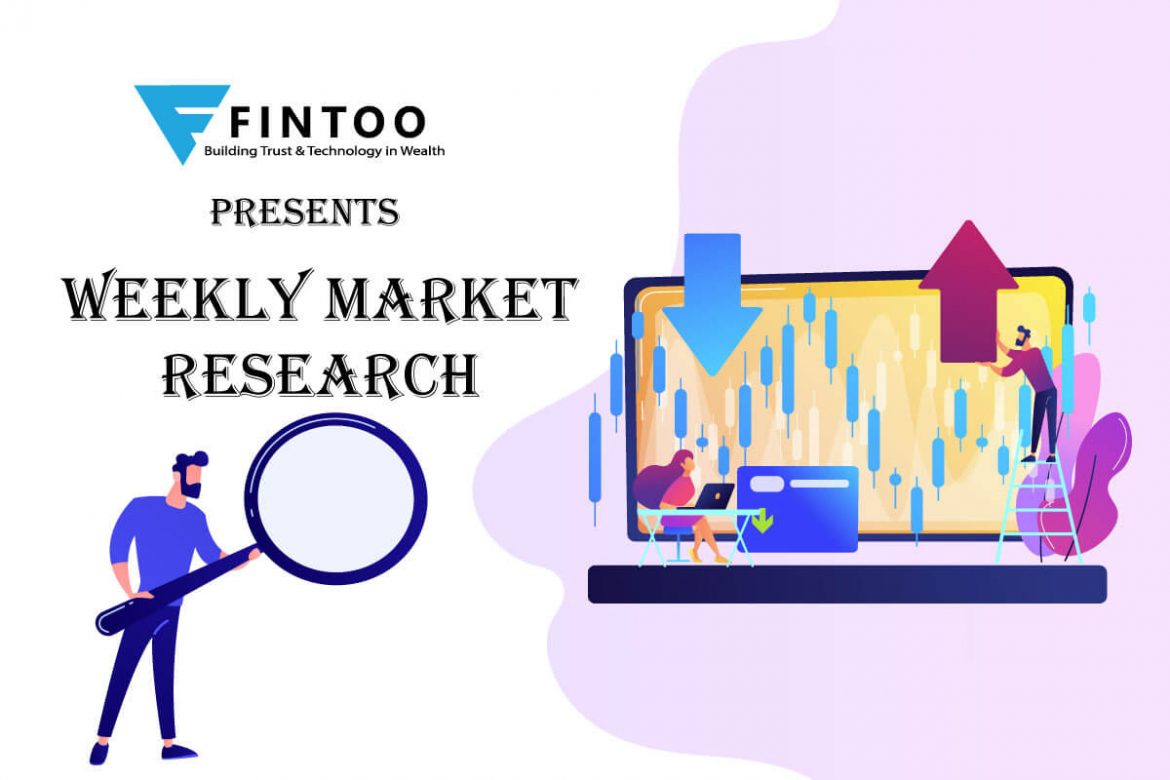 Markets continued to remain under pressure led by pessimistic global market cues with volatile movement seen across sectors. The Nifty ended tad below the 15.700 mark, down 0.2 pct for the week. Volatility remained at its fore as key domestic events such as Cabinet Rejig by Prime Minister Modi and start of Q1FY22 earnings seasons impacted sentiments. Globally, markets worried about the spread of Delta variants of Covid-19 and its impact on nascent economic recovery. Global market also remained weak following sharp moves in government bonds that hinted at slower growth and inflation than previously expected. The Fed minutes indicated officials weren’t ready to communicate a schedule for scaling back their bond-buying program, due to high uncertainty over the course of the recovery.

For the week, the Nifty ended down 0.2 pct, while the Nifty Midcap and the Smallcap index outperformed and ended up 1.3 pct and 1.2 pct respectively. On the sectoral front, the Nifty Auto index was the top loser, down 2.5 pct followed by Nifty IT and Nifty Pharma index down 1.2 pct each. The Nifty Metal index gained 2.8 pct and was the top sectoral gainer followed by Nifty Bank which gained 0.7 pct for the week.

On the commodity markets front, Crude oil saw a breather in rally on surge in Delta variant in many countries amid delay in OPEC+ members’ decision. The Brent Crude oil prices ended marginally lower at USD 75.6 a barrel. Crude Oil prices fell as investors feared what this week’s collapse in OPEC+ talks meant for worldwide production. Crude markets have been volatile over the week following the breakdown of discussions between major oil producers Saudi Arabia and United Arab Emirates. The OPEC+, have restrained supply for more than a year since demand crashed during the coronavirus pandemic. The group is maintaining nearly 6 million bpd of output cuts and was expected to add to supply, but three days of meetings failed to close divisions between the Saudis and the Emiratis. For now, the existing agreement that keeps supply restrained remains in force. But the breakdown also could lead producers, eager to capitalize on the rebound in demand, to start supplying more oil previously predicted.

On the currency markets front, Indian Rupee failed to reverse its losing streak this week amid strong bid in dollar kept the USDINR pair higher. However ease in oil prices from its three year high capped abrupt fall in the domestic unit. Next week domestic inflation for the month of June will be the key for rupee. Although it is widely expected the headline print likely to touch near 6.8 pct which can turn out to be negative for rupee in coming days. Levels of 74.86 remains very critical hurdle for USDINR in near term as it would open gateway towards 77.40. Overall view on USDINR is bullish as monthly charts are pointing towards upside target beyond of 80.

The Modi government announced a major expansion of its council of ministers, first since Shri Narendra Modi took charge as the Prime Minister of India in May 2019, for the second consecutive term. In fact, the mega reshuffle is biggest since BJP-led NDA came into power in 2014. The governement now has 77 ministers, half being new. No of cabinet ministers has increased from 21 to 30. No of minsters of state has increased from 23 to 45, with just 2 minsters of date with independent charge. While one can argue that there is an attempt to balance regional aspirations keeping in mind major state elections next year, there is clear attempt to boost performance, bring new energy and make productive ministries. Exit of four high profile ministers, Shri Hardeep Puri as Minister of Petroleum and Natural Gas and Shri Piyush Goyal now heading Textile Ministry also, apart from Commerce and Industry Ministry, Shri Jyotiraditya Scindia will run civil aviation ministry are some of the changes that stand out. Highly unanticipated, Shri Mansukh Malviya is minister for health, and chemical and fertilisers. Haven’t seen in past these two ministries run by one cabinet minister in long time, but maybe it’s a good idea given that coordination between these two key ministries during acute COVID crisis was found lacking. In its first Cabinet meeting after reshuffle, the Centre approved the Rs 231.23 bn package allocated for emergency response to Covid-19, with the focus on immediate needs for the next nine months of FY 21-22.

On the macro data front, India’s service sector contracted sharply in June as the emergence of the pandemic and the reintroduction of containment measures restricted demand. The services Purchasing Managers’ Index fell unexpectedly to 41.2 in June from 46.4 in May. Economists had forecast the index to rise to 48.0.

Global ratings firm Fitch cut its forecast on India’s growth to 10 pct for the ongoing fiscal year from the 12.8 pct expansion projected in March, as lockdowns amid the second wave of the pandemic have hurt banking sector prospects.

Must Read – Capital Gains Tax on Sale of Property

TCS reported revenue growth of 2.4 pct QoQ CC in Q1FY22, below estimates mainly due to sharp de-growth in its India business (-14.1 pct QoQ) on account of the second COVID wave. Excluding the impact in regional markets, core business growth of 4.1 pct QoQ CC was broadly in-line. The EBIT margin at 25.5 pct declined 130bp QoQ, primarily due to annual wage hikes (170 bps impact). TCS delivered another quarter of strong deal wins (USD8.1b), with a book-to-bill ratio of 1.3x, despite the absence of any mega deals. PAT was up 28 pct YoY to Rs 90 bn. The management commentary on the verticals such as the BFSI, Hi-tech Media, Life Sciences, and Retail is positive and expects TCS to report double-digit growth in FY22.

Godrej Consumer Products Ltd (GCPL) released a quarterly update, providing a summary of operating performance and demand trends seen in domestic and international markets in Q1FY2022. GCPL’s revenues are expected to grow by ~20 pct in Q1FY2022 as domestic business grows in the high teens and Africa business clocks a growth of over 50 pct. OPM would stay almost flat at ~20 pct.

Tata Motors was in focus after the Company said that chip shortage at the UK subsidiary JLR in Q2FY22 is greater than in the first quarter. This would shrink the production by 50 pct for Q2 than earlier estimated of 1.2 lakh units. While H2FY22E is set to fare better, it expects underlying structural supply issues to be resolved in a gradual manner over the next 12-18 months as new capacities come on board.

The coming week will see the much awaited public issue of Zomato Ltd. The Rs 93.75 bn offer will open for subscription on July 14 and close on July 16 and will have a price band of Rs 72-76 per equity share. As we are into earning season, we will see stock specific movement in the market. Avenue Supermarts will announce Q1 result on 10 July 2021. Infosys and L&T Technology Services will declare Q1 result on 14 July 2021. Wipro will unveil Q1 result on 15 July 2021.

Markets will also watch the pace of vaccination and government course of action in the ongoing pandemic. The pace of vaccinations has also picked up – India administered 4m vaccines daily, on average, in Jun’21, double the average of 2 mn vaccines daily in May’21; this is expected to improve further on increased availability. The equity markets have largely ignored the second wave, with indices trading near all-time highs. On the earnings front, after a spectacular 15 pct earnings growth seen in FY21 (best-in-decade), the coming financial year is expected to see extension of recover despite restrictions.

The market faces headwinds from the advent of a possible third COVID wave, persistent inflation readings prompting a potential rate increase, and volatility around the US Fed taper talk. The Nifty has been in the range of 15,620-15,900 for almost three weeks now. We may see extended follow-up selling if prices close below 15,620. 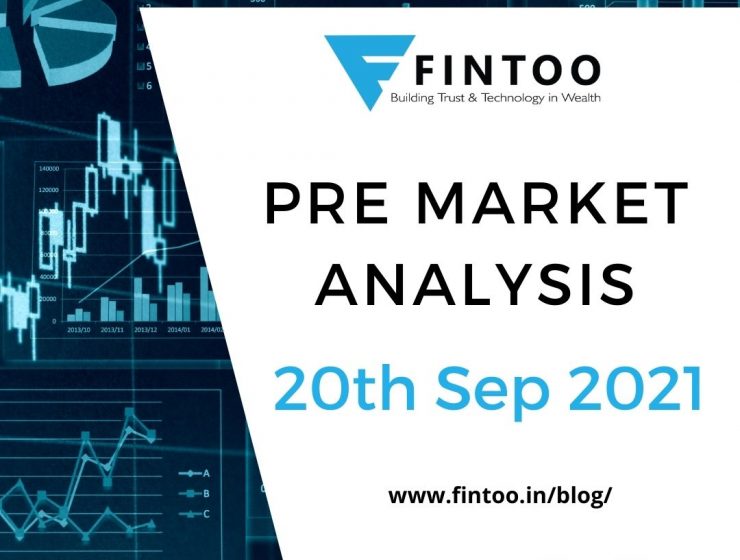 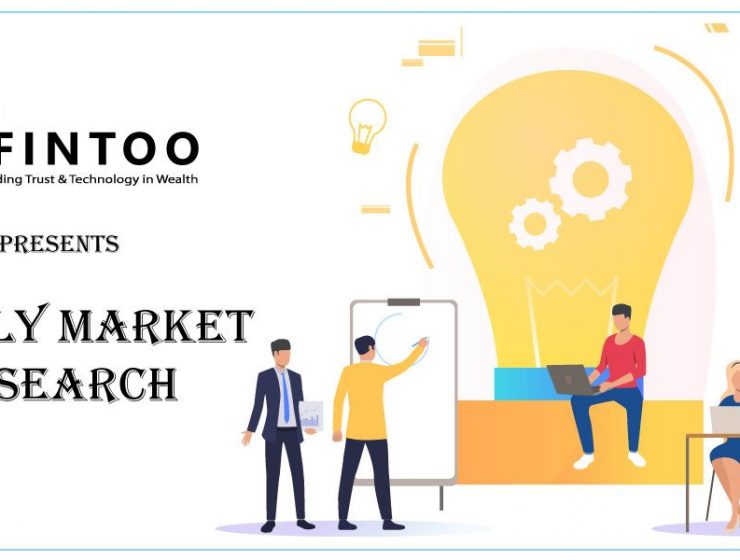 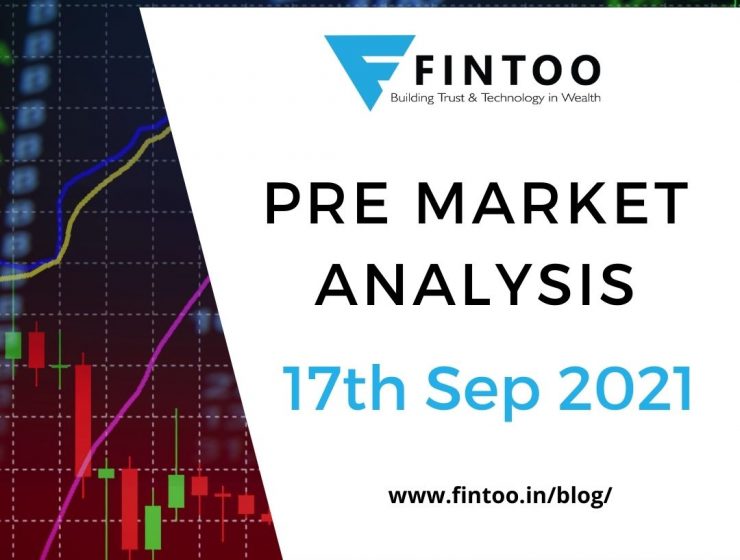