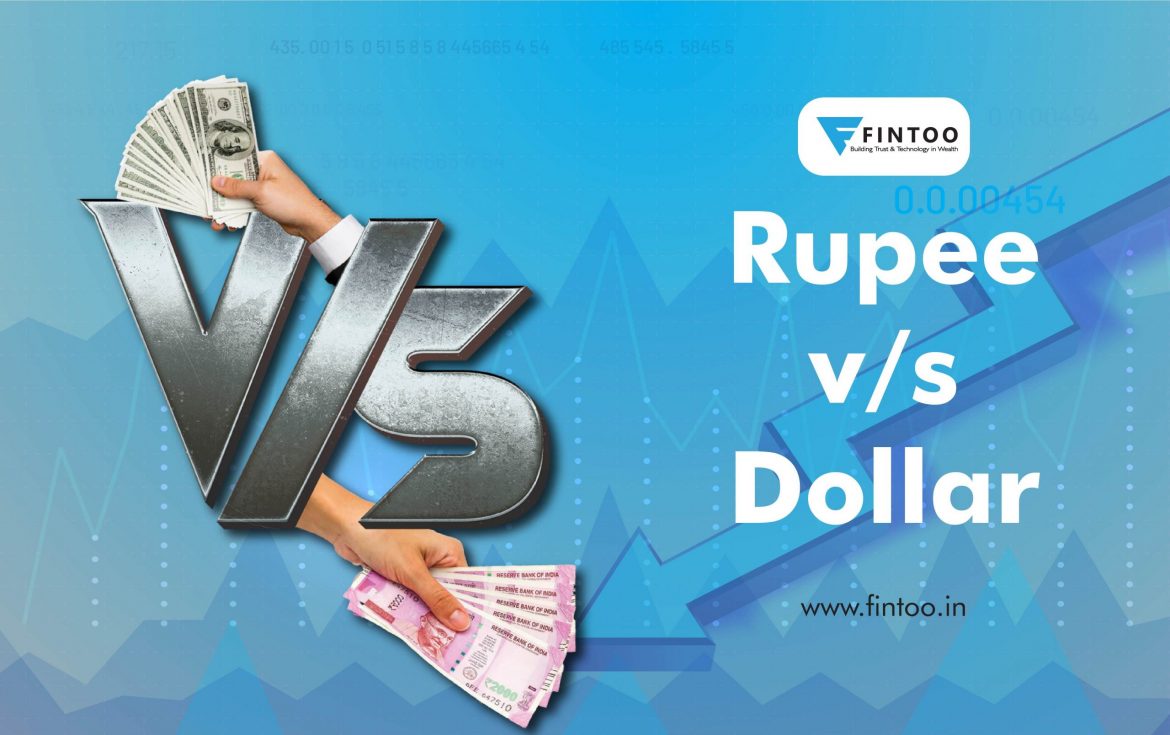 Since the beginning of 2022 FED has indicated that it will move its focus from ultra-accommodative monetary policy to Inflation. The Federal Reserve is expected to aggressively hike the rate by 75 basis points at its July 26-27 meeting.

There is a possibility FED could hike the rate by 100 basis points after June inflation data.  Due to this, we have seen global investors have shifted their interest from emerging markets to developed markets. FII has withdrawn $14 billion from the equity in 2022-23 so far. Currently, investors are looking at a greater risk of recession in the US and global investors are rushing to the safe assets i.e. US Treasuries (bond market) and greenback (currency market) this has resulted in USD appreciation in value.

The Ukraine war has severely affected the oil supply and crude oil prices worldwide. The global price for crude oil has spiked by 60%. India is a net importer of crude oil. The falling rupee has expanded India’s import bills and raised production costs leading to a further rise in inflation. This has led to a weakening value of rupee e against the dollar.

Impact of Rupee Depreciation on the Economy

India imports over 85% of oil and half of the gas it consumes. Purchase cost increases for crude importers (Indian Oil, BPCL, HPCL, and RIL) as well as gas importers (GAIL, GSPC) their margin would take a hit if pass-through is not allowed.

The auto industry has a neutral impact about 10-20% of a car’s total raw material by value is imported but we export vehicles too. Expensive raw material results in a more expensive car. The exact impact will depend on raw material purchased and the level of exports.

India’s Current account Deficit (CAD) is largely influenced by the merchandise trade deficit. This is expected to widen as imports increase more than exports. Elevated commodity prices will have the largest bearing on import value specifically, crude oil. When CAD widens India will dip into its foreign exchange reserves to finance the deficit in the absence of dollar inflows by FII.

Currencies such as the British pound, the Japanese Yen, and the Euro have weakened more than the Indian rupee against the US dollar. Indian Rupee has risen by 13% in 2022 when compared to the performance of other major currencies.

Measures were taken by RBI

RBI has proposed the rupee settlement mechanism. Under this, foreign companies can make foreign payments in rupee, unlike the usual US dollar. This is expected to reduce the demand for the US dollar for foreign trade and stabilize its value.

RBI has instructed the apex bank are exempted Incremental Foreign Currency Nonresident (Bank) and Non- Resident (External) Rupee deposits from the maintenance of CRR and SLR up to 4th November 2022, revision of regulatory regime relating to Foreign Portfolio Investment in debt inflows, raising of External Commercial Borrowing limit (under automatic route) to $1.5 billion and more.

The Indian rupee already crossed past the psychological barrier of the $80 mark. The dollar strength came in an anticipation of a 100-bps rate hike by the US Federal Reserve later this month after US CPI data recorded 9.1%, which is the highest level in more than 40 years. RBI monetary policy outcome due out in early August needs to be watched closely.

An ultra-hawkish monetary policy is expected by the RBI with at least 50 bps taking the repo to 5.40% from 4.90%. Technically, USDINR is trading in uncharted territory. RBI has aggressively intervened in the forex market to protect the 80 mark.

The sharp decline in Brent crude prices may provide a short-term booster for the rupee but any decline in USDINR could be temporary and be limited to 78.5. In the short term, we expect USDINR to remain range bound between 78.5-80.5 at least for 3-4 weeks.